You can finally know once and for all how retrograde planets will act in your chart and in every other chart as well. That includes the planets when they go retrograde in the sky.

In this Advanced Course You will learn:
1. Each retrograde planet for each ascending sign. So you know the nature of EVERY possible combination. Because you see, for each ascendant the effects of retrograde will be totally different.

3. I also discuss the retrograde planets by transit in the sky.

4. I also have several case studies of real live charts.

In the example above , all planets would be retrograde. Mercury and Venus are moving faster and at the same part of their orbit as the Earth. The Earth is doing the same relative to Saturn Mars and Jupiter.

In such cases,the innate quality of the retrograde planet will be important and developed internally to the native, as well as the psychology of the planet (psychology is internal).

However, the things in life ruled by the retrograde planet AS A HOUSE RULER AND ORGANIC, LIVING KARAKA will not unfold smoothly. This is because our life on Earth is moving forward, while the retro planet appears to move back.

How each Retrograde planet disrupts as a Karaka – Like Venus and relationships – Jupiter and Children
Planet as House ruler
The retrograde planet also disrupts based on what it rules
Planet by transit
The house the planet is transiting gets affected. 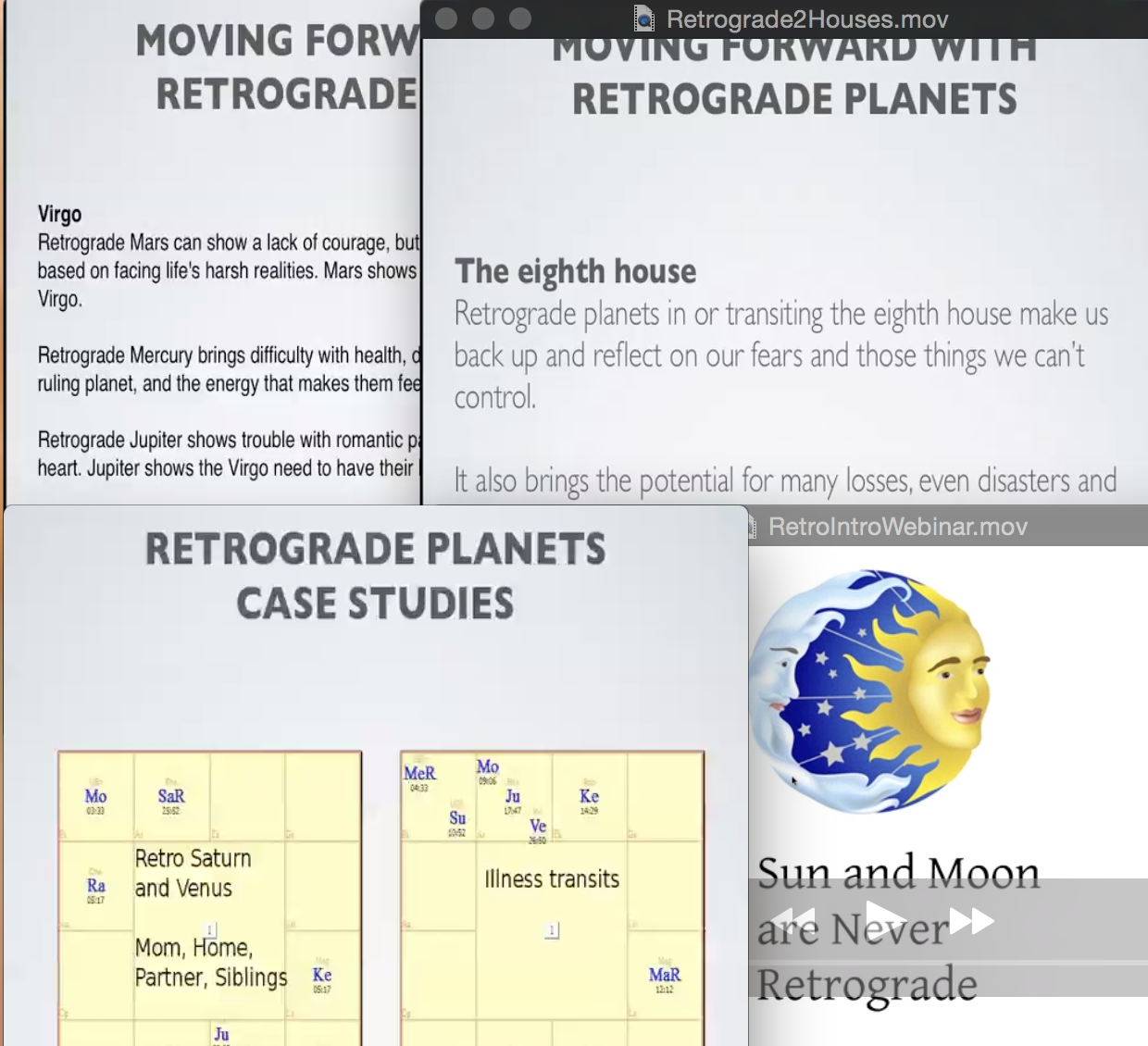 MORE THAN 6 HOURS OF MASTER CLASSES – WITH CASE STUDIES

A Master Class is a class where it is just me teaching, without interruption and / or distracting questions.

This format usually yields the highest benefit – but you should take a lot of notes.

Lifetime Access:
You can refer to this material for the rest of your life.

There are no reviews yet.

Only logged in customers who have purchased this product may leave a review.